Protecting services for students at the root of request for conciliator at bargaining, say education workers 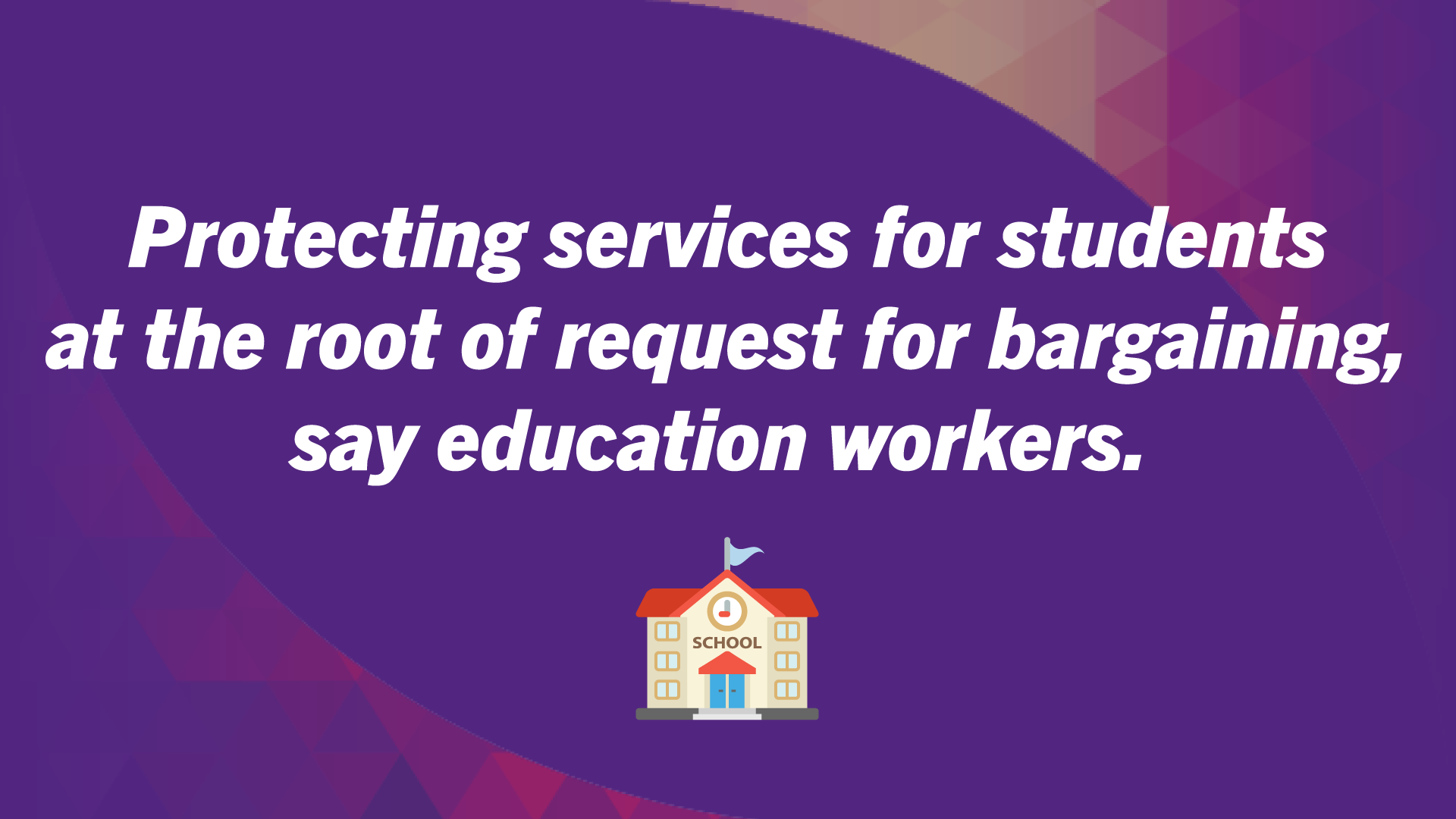 TORONTO, ON – Concerns about the effects of provincial funding cuts on students, workers and the school community have prompted the union bargaining on behalf of 55,000 education workers to ask the Ontario Labour Relations Board to send a conciliator to help with contract negotiations.

The Canadian Union of Public Employees (CUPE) and its provincially designated bargaining agent, the Ontario School Board Council of Unions (OSBCU), have been in negotiations since May for a new central agreement with the Council of Trustees’ Associations (CTA) and the province.

“We went into this round of bargaining being clear that our aim is to ensure high-quality services for students. We also took the new Minister of Education at his word when he said he wanted to have contract negotiations wound up before the end of August,” said OSBCU President Laura Walton.

But despite ten days spent at the bargaining table, “it’s become clear that our union and the other parties in negotiations are too far apart on the issues that will secure and enhance the services that CUPE members provide and that students depend on,” said Walton.

Layoffs among education workers in Ontario schools were first announced toward the end of the school year and have continued to roll out through the summer, signaling deep cuts in services for students come September.

“At this point, we are looking at a school year in which children with special needs won’t get help because there are fewer education assistants. School library hours will be cut because library workers have been laid off. Schools themselves won’t be as clean and welcoming because they’ve lost custodians. The launch of the province’s e-learning strategy will be in doubt because there aren’t enough IT technicians. For students, the negative consequences of losing education workers are almost endless,” said Walton.

“These are the issues that we want to address in bargaining, but there’s no sign from those across the table that they are prepared to tackle these issues. That’s why we’ve asked to have a conciliation officer from the Ministry of Labour appointed to join us at our next bargaining sessions.”

CUPE’s OSBCU is next scheduled to meet the province and the CTA on August 14 and 15. The current central collective agreement expires August 31.

CUPE’s Ontario School Board Council of Unions represents these 55,000 workers in public, Catholic, French and English school boards. They are part Ontario’s largest union, CUPE Ontario, which has 270,000 workers in every community in the province.