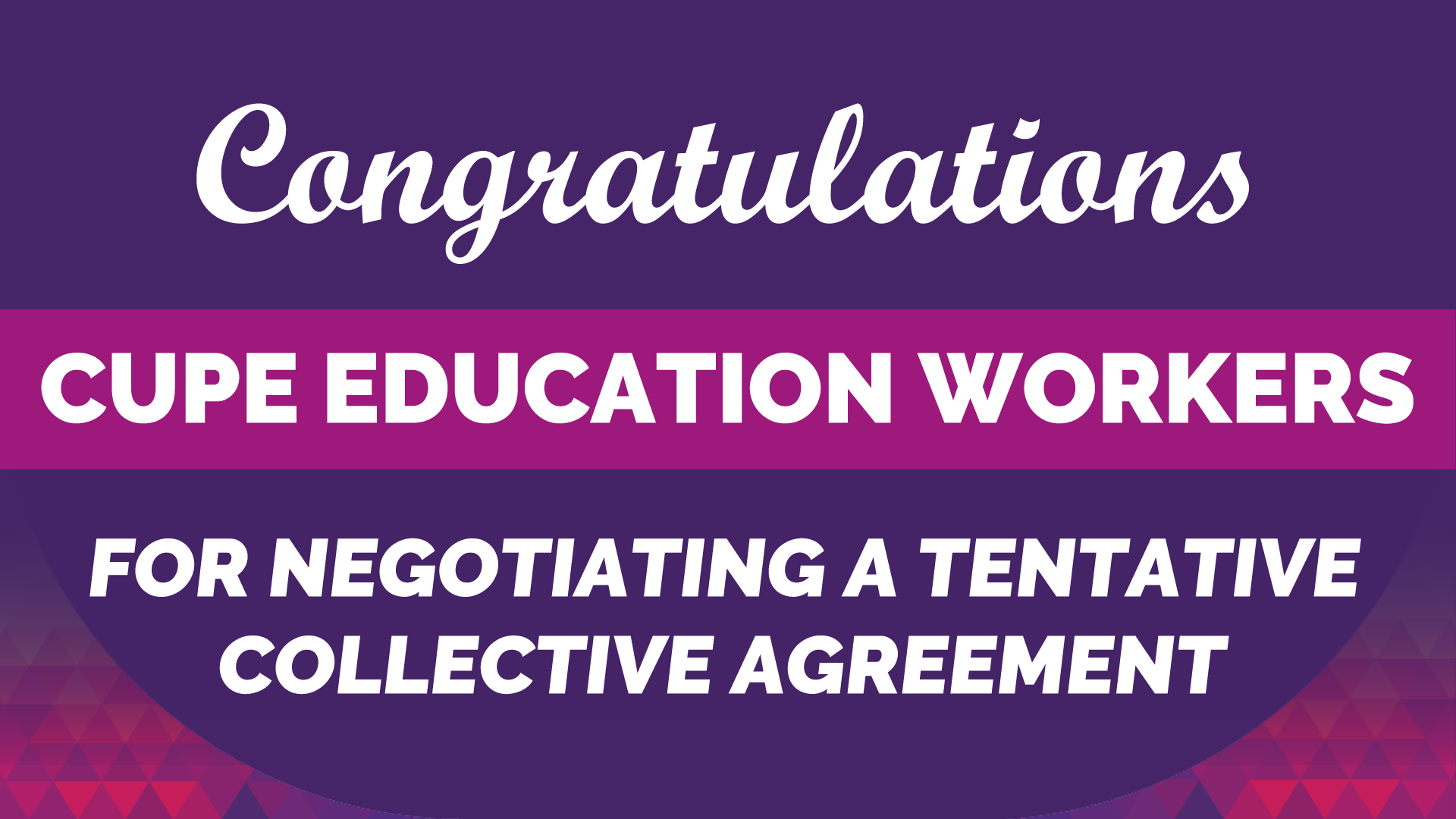 Congratulations to CUPE Ontario’s School Board Council of Unions (OSBCU) for negotiating a tentative collective agreement.

For a week, 55,000 CUPE education workers have been taking job action to secure a fair agreement that ensures services for students and treats workers with respect.

They have been holding firm, demanding an end to the Ford Conservatives’ cuts to education and attacks on workers.

In solidarity with their fellow CUPE Ontario members, other education workers, union allies, students and parents, their job action has made a difference for our entire province.

CUPE’s OSBCU, under the leadership of President Laura Walton, and all CUPE Ontario education locals, have exposed the attacks on low-waged workers and profiled the vital role of CUPE education workers in our schools.

And they have pushed back against the Ford Conservatives’ agenda of cuts.

All of us in CUPE Ontario have been proud to support their efforts, organizing acts of solidarity, across the province. Their efforts show resistance works!

Thank you CUPE’s 55,000 education workers for rising up against cuts to education. You have inspired us all with you determination to protect services and have workers treated with respect.