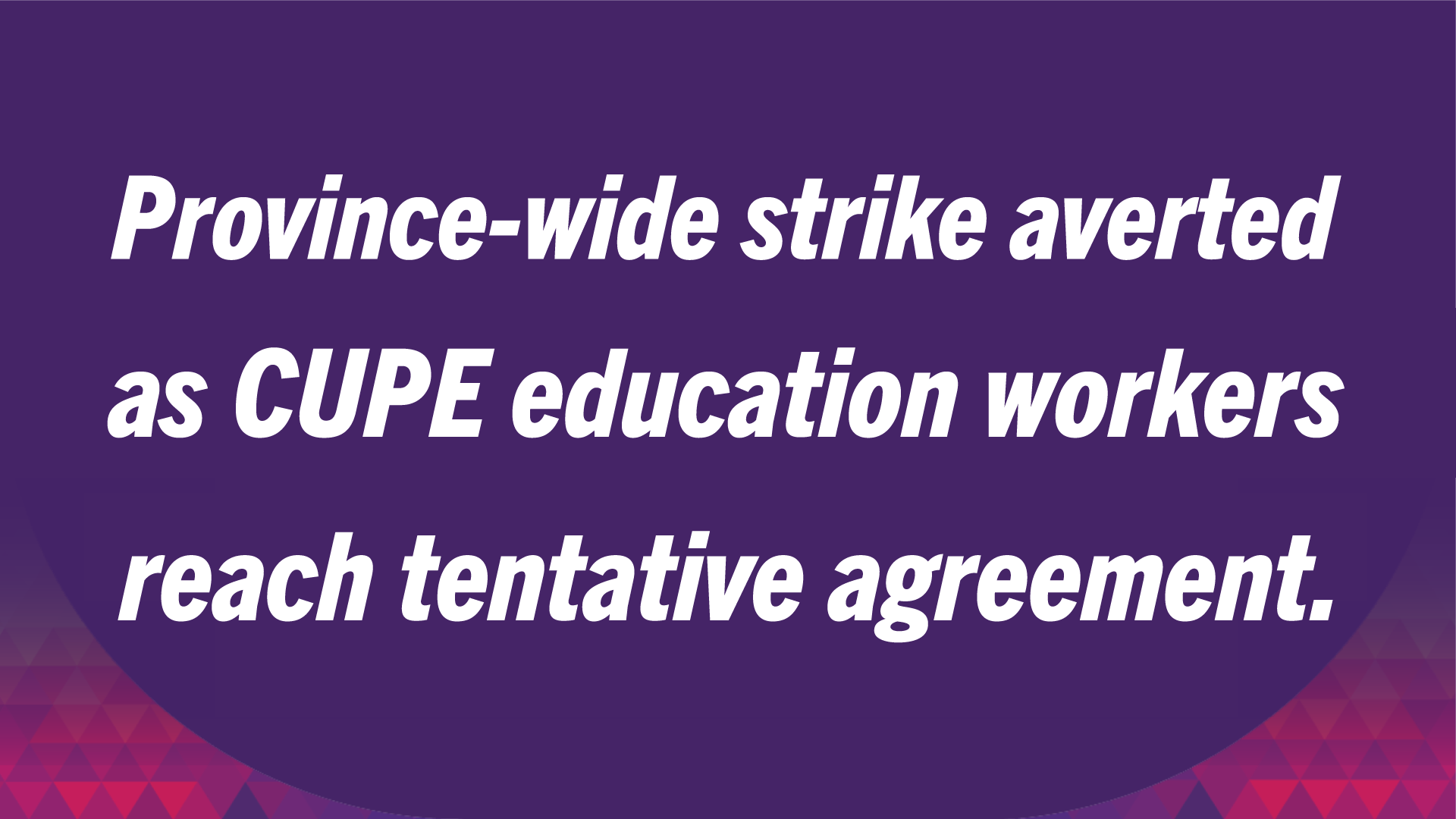 TORONTO – After an intensive weekend of negotiations, a tentative deal has been reached for a new central agreement, following talks between the Canadian Union of Public Employees (CUPE), the provincial government and the Council of Trustees’ Associations (CTA).

The new deal secures services for Ontario students and improves working life for 55,000 education workers, who are represented in central bargaining by CUPE’s Ontario School Board Council of Unions (OSBCU). The agreement also ends current work-to-rule job action by CUPE education workers and averts a province-wide strike that might have begun Monday.

“We have secured a settlement that invests in high-quality services for students in Ontario’s schools, now and for the future,” said Laura Walton, president of OSBCU, which bargains centrally on behalf of the union’s education workers.

“At the same time, it ensures that our members have secure jobs, decent benefits, and paid leave when they’re sick or injured. It’s what our education workers deserve.”

The tentative agreement, which must still be ratified by CUPE members in 109 bargaining units, restores many of the cuts made to education services earlier this year. It includes investment in jobs and services through an enhanced Local Priorities Fund. CUPE education workers will also retain their existing sick leave plan.

The union will not disclose specific details of the tentative settlement until CUPE education workers have had the opportunity to review its contents and vote on the agreement.

Walton noted that she and her bargaining team were pleased that they were able to bargain a freely negotiated collective agreement to recommend to CUPE members.

She continued: “We are grateful to CUPE education workers and leaders, as well as to parents, families, and allies, for their tremendous support throughout the central bargaining process. Your loud support of public education, and of our work in particular, enabled us to reach a deal without a strike.”