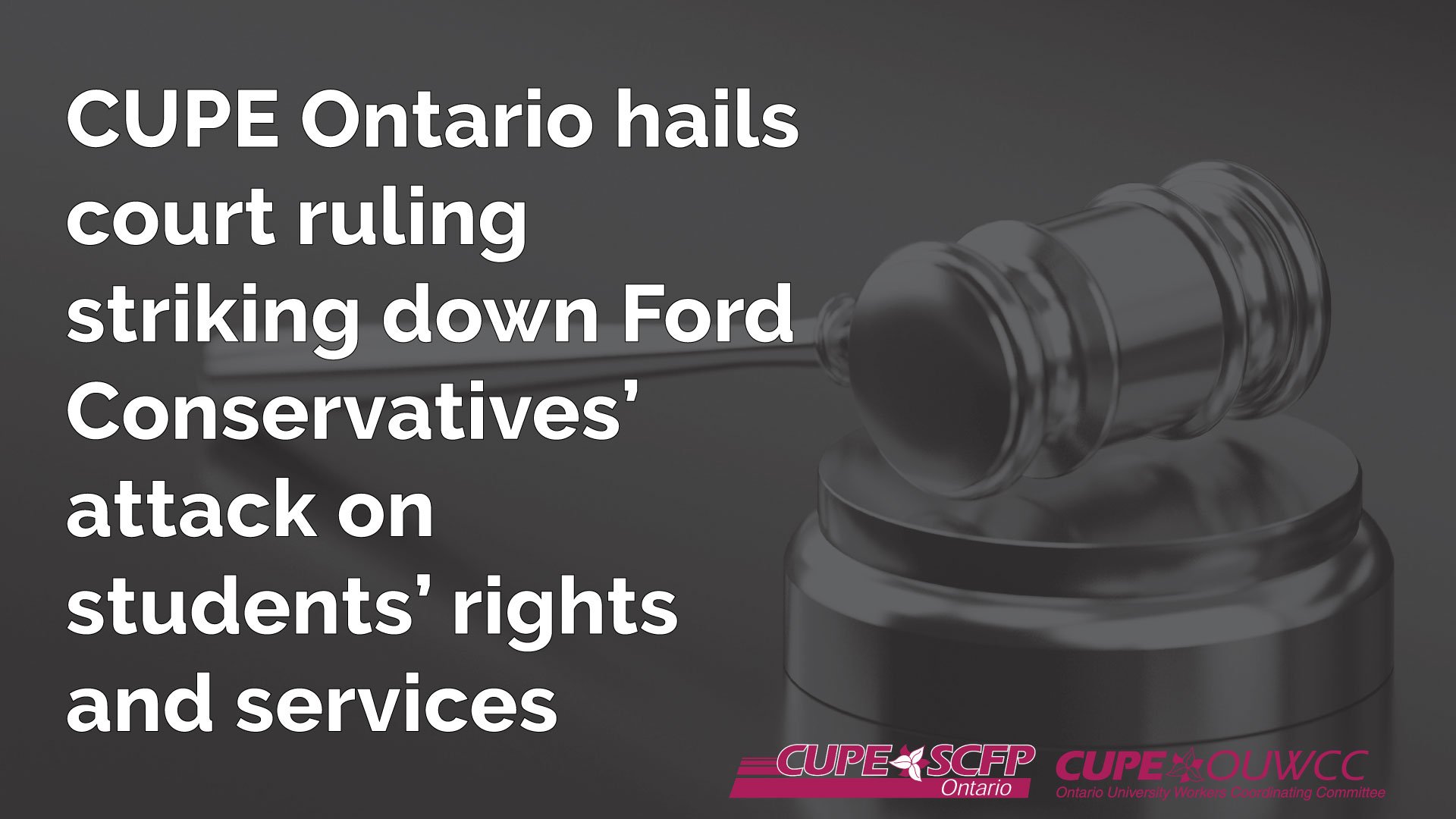 TORONTO – A court ruling, striking down efforts by the Ford Conservative government to choke off democratically-approved funding for hundreds of Ontario campus organizations, represents a dramatic victory for students and workers at Universities across the province, the leader of Ontario’s largest union said today.

“We were thrilled to learn that the Courts have quashed the Ford Conservatives’ attack on students’ rights and services on campus in the strongest possible terms,” said Fred Hahn, President of CUPE Ontario.

“This can only be described as a major victory for students, university workers and other members of the post-secondary education community, and a major defeat for the Ford Conservatives,” he added. “As a result of this victory, vital student services that had been cut because of the Ford Conservatives’ attack, will be restored.”

The three-member court agreed with the student federations, ordering the directives to be quashed and ordering the government to pay YFS and CFS $15,000 in costs.

“From the moment the Ford Conservatives attacked student unions and campus organization last year, it was clear they were trying to silence the voice of university students and workers,” said Janice Folk-Dawson, Chair of CUPE’s Ontario University Workers’ Coordinating Committee (OUWCC), which speaks on behalf of CUPE members working at post-secondary institutions across the Province.

“Our union has been proud to support the CFS, YFS and all student organizations opposing this agenda of cuts and attacks on student rights. They should be congratulated for standing up for our university communities and bringing these injustices before the courts. In doing so, they have won a victory for students, university workers and all Ontario,” she added.