“We won’t pay for the mistakes of OMERS executives”: CUPE Ontario 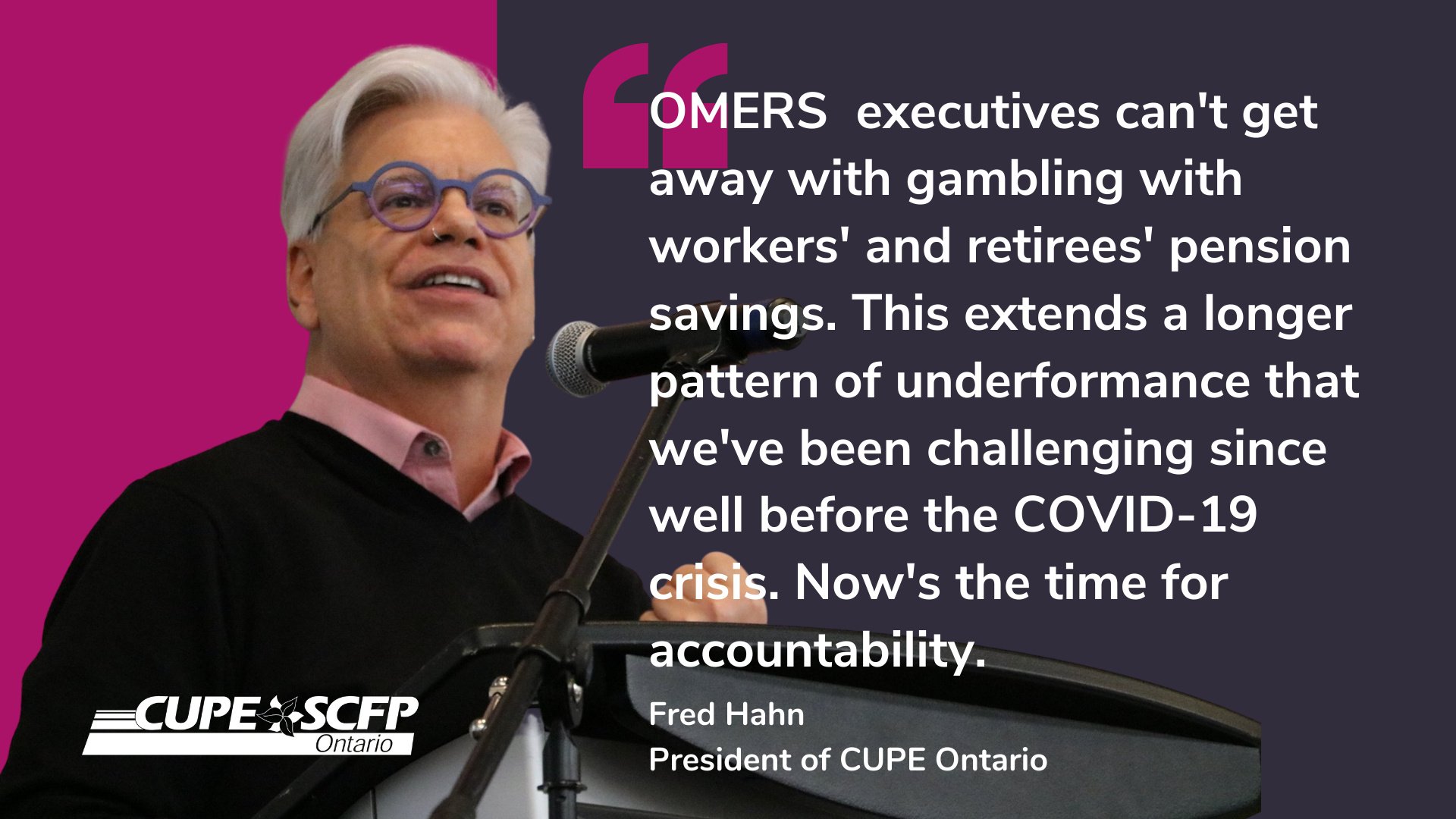 TORONTO, ON – CUPE Ontario is calling for increased scrutiny of today’s announcement by the Ontario Municipal Employees Retirement System (OMERS) that the pension fund lost more than $3 billion last year. This represents a shortfall of more than $10 billion compared to their own benchmark returns for 2020.

OMERS manages more than $100 billion of pension money for half a million workers and retirees from municipalities, libraries, school boards, children’s aid societies, police and fire.

“OMERS Executives can’t get away with washing their hands of these investment results,” said Fred Hahn, President of CUPE Ontario. “This is the result of questionable decisions made by investment managers that gambled with workers’ and retirees’ pension savings. This extends a longer pattern of underperformance at OMERS that CUPE Ontario has been challenging since well before the COVID-19 crisis. There must be accountability.”

CUPE Ontario is demanding an immediate and comprehensive review of OMERS’ failed investment management in recent years, with full disclosure to plan members and the involvement of unions and employers.

“We will not accept any move to push these investment failures onto the backs of plan members by reducing pension benefits”, said Hahn. “CUPE will fight vigorously against any attempt to make plan members pay for the mistakes of OMERS executives”.

Despite the pension plan’s significant loss, the five top OMERS executives collectively made $8 million in bonuses last year. These executives were paid over $32 million in the last 2 years.

Today’s announcement is another significant blow to members’ trust in the leadership at OMERS. In 2019, OMERS made a series of sweeping changes to its governance that have weakened the voices of workers’ and their unions’. In 2020, OMERS eliminated guaranteed cost of living increases for pensions earned after 2022.