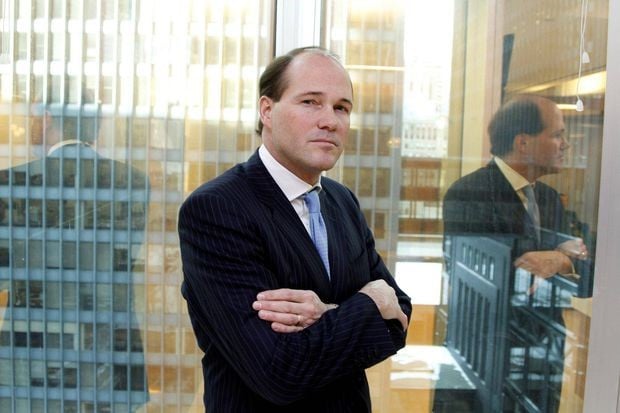 Article by Andrew Willis, The Globe and Mail (click here to read the article on theglobeandmail.com)

Pension plan OMERS turned in a 2.7-per-cent loss on its investments in 2020 as the pandemic weighed down returns from its holdings in shopping malls, a theatre chain and other consumer-facing businesses.

Assets of Toronto-based OMERS declined by $3-billion last year to $105-billion after the plan posted its first negative return since the 2008 global financial crisis. The fund manager is benchmarked against a model portfolio that increased in value by 6.9 per cent last year, meaning OMERS fell well short of expectations.

“The effects of the global COVID-19 pandemic negatively impacted our portfolio in 2020,” said chief executive officer Blake Hutcheson, who took the top job last June. “We are not pleased with this result and are making the appropriate changes to better position our platform for the future.”

OMERS, the Ontario Municipal Employees Retirement System, invests on behalf of more than 500,000 public servants, including police officers and firefighters. The fund manager’s largest customer is the Canadian Union of Public Employees. In an interview, CUPE Ontario president Fred Hahn said the union is calling for a review of OMERS investment decision-making processes after “an epic failure for workers.”

“We understand that we are long-term investors, and should not focus on results from just one year. However, OMERS has consistently underperformed versus other, similar plans,” Mr. Hahn said.

OMERS’s annual return of 8.2 per cent for the 10 years prior to 2020 trails the 9.8-per-cent performance in the same period at the Ontario Teachers’ Pension Plan and the 11.4-per-cent return over the past decade at the Healthcare of Ontario Pension Plan.

CUPE is in negotiations on retirement benefits for its members, and is pushing for increased employer contributions to pension plans.

OMERS, one of Canada’s largest fund managers, said its investments underperformed benchmarks in three areas. More than half of its losses came from marking down the value of real estate and private equity holdings such as Vue Entertainment, a British-based 225-theatre chain that OMERS and Alberta Investment Management Corp. acquired in 2013 for $1.5-billion. OMERS’s real estate investments posted an 11.4-per-cent loss last year, while the value of its private equity holdings declined by 8.4 per cent.

OMERS said its performance also suffered from being heavily invested in dividend-paying oil and gas and financial-services stocks and underweight in technology plays last year, which accounted for 20 per cent of the shortfall compared with its benchmark. Its stock holdings posted a 1.5-per-cent return last year, compared with a 20.3-per-cent return in 2019.

Finally, the fund manager underperformed because of currency-hedging strategies it put in place in March and April to protect the liquidity of the portfolio. OMERS chief financial officer Jonathan Simmons said while the hedging programs achieved their objectives, having the strategies in place also accounted for a 20-per-cent shortfall against the fund’s performance benchmark. He said in the past, currency hedging has boosted OMERS’s performance, and said the fund manager is now reviewing how it uses these strategies.

Looking ahead, Mr. Hutcheson said OMERS plans to include more “new economy” stocks in its portfolios to complement its holdings of dividend-paying equities. OMERS will also allocate more capital to high-quality infrastructure, private equity and real estate. Mr. Hutcheson said: “We are a long-term investor with a strong team and strategy, and this single year will not define us.”

“In any year, regardless of result, we would evolve our approach to adapt to current realities,” Mr. Hutcheson said. “Given the disruptions we experienced this year, we have made a number of important adjustments that lend additional strength to our approach.”

In the real estate sector, OMERS owns a $60-billion portfolio that includes shopping malls and office buildings, managed by its Oxford Properties unit. Mr. Hutcheson said while rents from retailers dropped last year as many stores closed because of the pandemic, the property group’s prospects are strong. In recent years, OMERS ramped up investments in logistics businesses such as warehouses and cold storage facilities that benefit from an increase in online shopping.