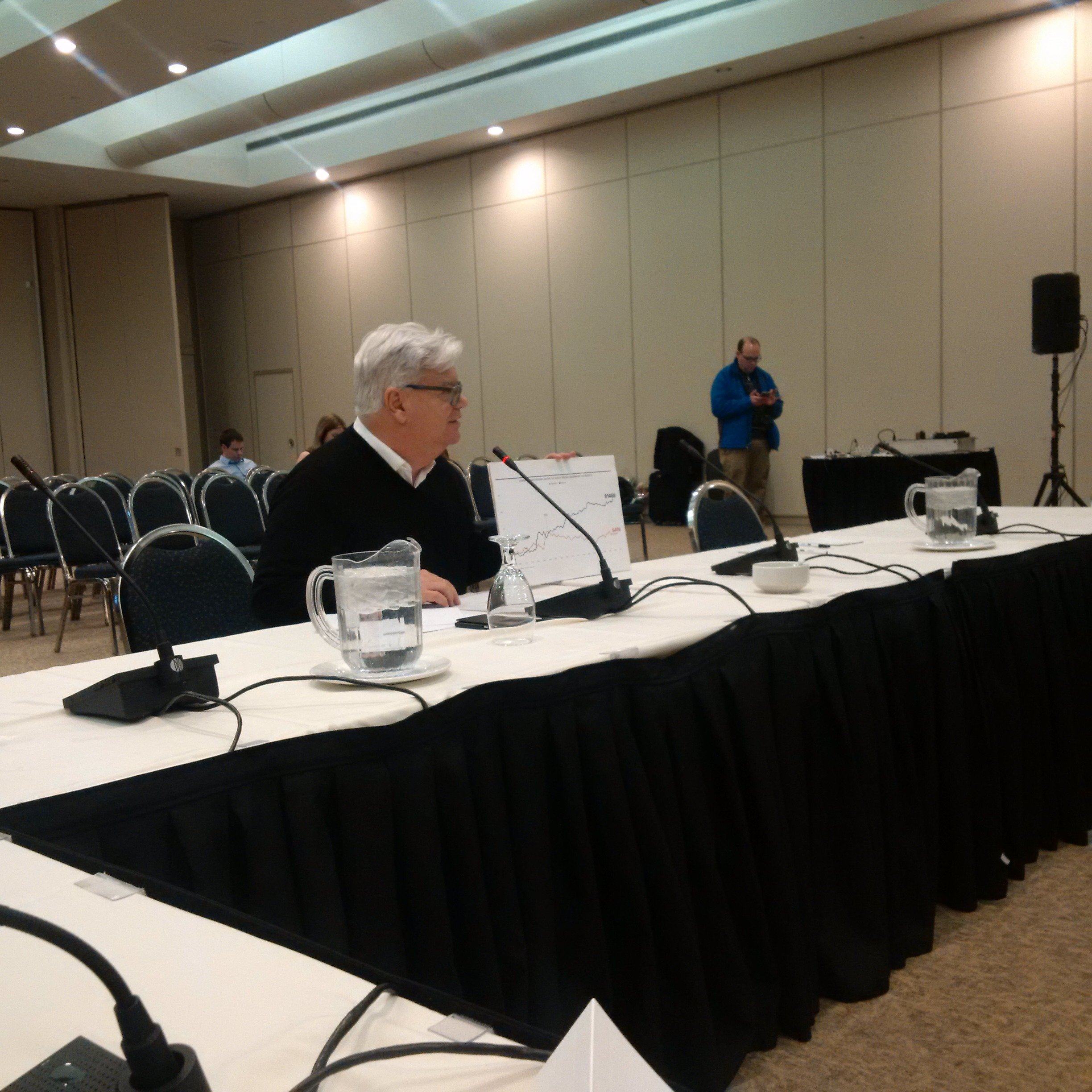 WINDSOR, ON – “It’s time we had an honest conversation about what’s not working in this province and what it’s going to cost to fix it,” said CUPE Ontario president Fred Hahn speaking to the provincial finance committee that is in Windsor today for pre-budget hearings.

“We’re seeing the impact of years of government underfunding and cuts to public services across the province,” said Hahn. “Fixing the problems we have in long-term care, in our schools, hospitals and other public services, is going to require more money, that’s just a fact. And that means it’s time for corporations to start paying their fair share in taxes again.”

Hahn pointed to a recent exposé co-authored by Corporate Knights and the Toronto Star, that compared personal tax rates to corporate tax rates. According to the extensive 20-page report individuals and corporations used to pay an equal share of taxes to fund the services and programs our communities need to thrive. Following decades of cuts to corporate taxes, individuals now pay 3.5 times more than corporations. At the same time corporate profits have soared while most individuals struggle to make ends meet.

“We just have to look at long-term care to know the status quo isn’t working. We all know there’s a crisis in care for our seniors, yet the government is hesitating to pass a law that would finally bring in mandatory, minimum standards of 4 hours of care because they’re afraid of how much it will cost,” said Hahn. “It’s outrageous. Protecting and caring for our seniors shouldn’t even be a question. The question should be, how do we pay for it?”

Despite assertions that lower corporate tax rates lead to more jobs and greater local investment, decades of evidence show this hasn’t actually occurred. Corporate investment has remained flat despite tax cuts, and even a report from the Federal Finance Department under Stephen Harper, found corporate tax cuts were not effective in creating job growth compared to investments in programs for low-income households and public infrastructure.

“Our physical and social infrastructure is falling apart around us because our governments have been more focused on facilitating corporate greed rather than on maintaining and investing in the very things that made our province thrive,” said Hahn. “We need Ontario to thrive again. And put simply, that requires our governments to stop kowtowing to corporate board rooms and start serving the needs of the citizens of this province.”