Statement from CUPE education workers in support of Ontario teachers 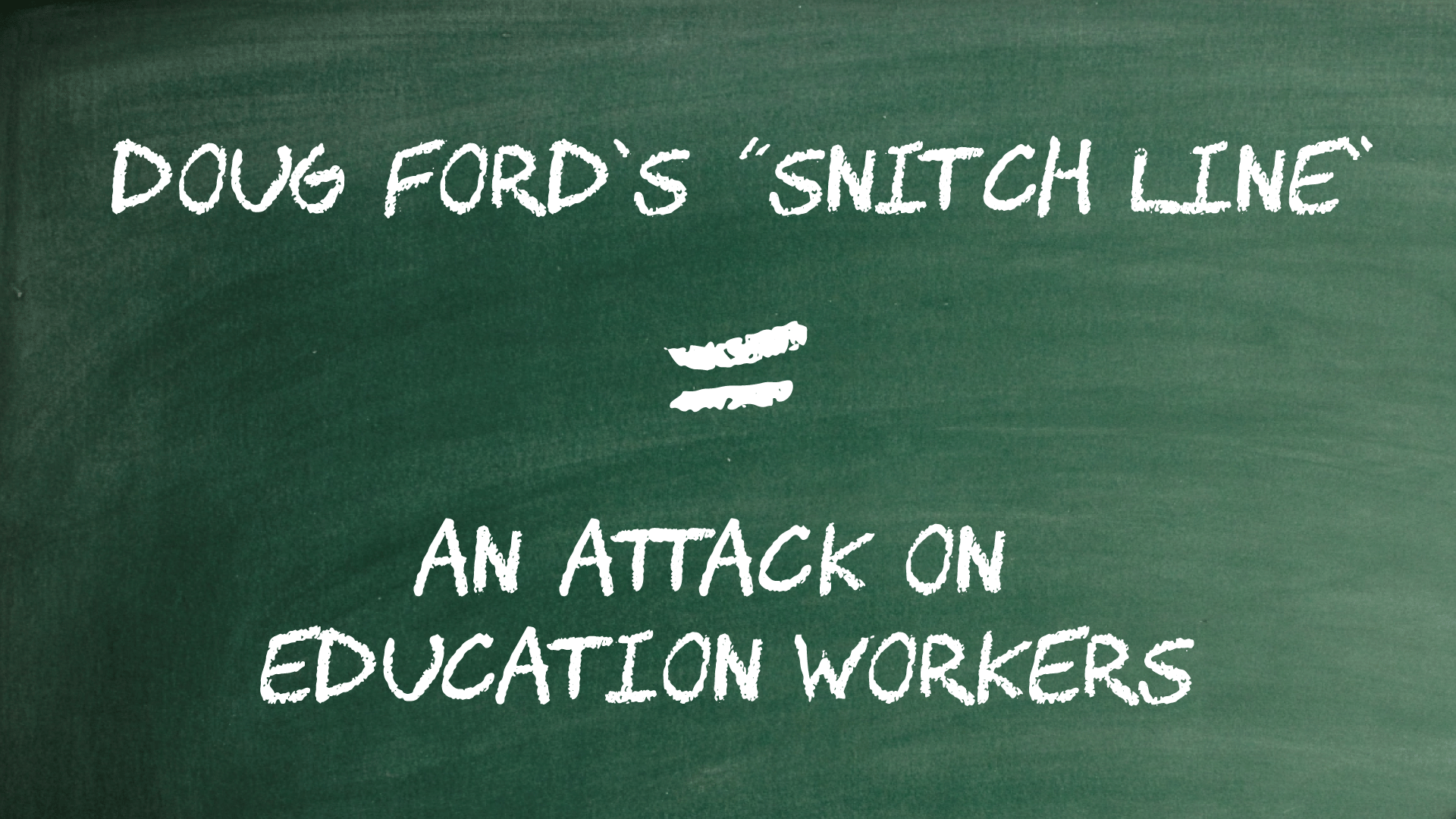 Members of the Canadian Union of Public Employees (CUPE) are standing shoulder to shoulder with all other Ontario education workers as they take on the threats and attacks that constitute large parts of the Ford government’s “consultation into education reform” and the imposition of an outdated Health and Physical Education curriculum for the 2018-19 school year.

CUPE Members know that our province’s schools need investment, not intimidation. We call on the Ford government to invest in the province’s schools, instead of creating confusion and tension that hurt school communities and students. The provincial government’s recent announcement – which included news of a “snitch line” for parents to report teachers – is an unconscionable attack on all education workers, whose trust and professionalism are key to building a strong, nurturing learning environment for students.

We cannot and will not sit idly by while the provincial government tries to take our public education system back to 1998, with an outdated curriculum that ignores the realities of our LGBTQ students; fails to address the fundamental importance of consent; and doesn’t discuss cyberbullying or indeed the internet at all. We also cannot stand by while the government attempts to turn our schools into places where education professionals live under the threat of anonymous complaints, simply for doing their job and ensuring students’ health and safety.

In Ontario, we face a $15 billion repair bill for our province’s schools, thousands of students waitlisted for educational supports, communities at risk of losing their schools to closures, and a broken school funding formula.

But rather than dealing with these problems, Doug Ford chooses to create more by injecting discord and mistrust into the relationships between students, parents and the school community.

Premier Ford is creating chaos and sowing divisions that destroy Ontarians’ hard-won traditions of respect, inclusion and diversity. CUPE Ontario members will not stand by and let this happen.

Our union represents more than 55,000 workers in Ontario’s schools: educational assistants, custodians, school secretaries, clerical support staff, early childhood educators, trades and maintenance workers, library technicians, paraprofessionals, and other jobs that support students’ education. We will continue to work with teachers and all allies to defend the highest quality of education and services for Ontario students.