Stop the closing of the Sudbury laundry rally 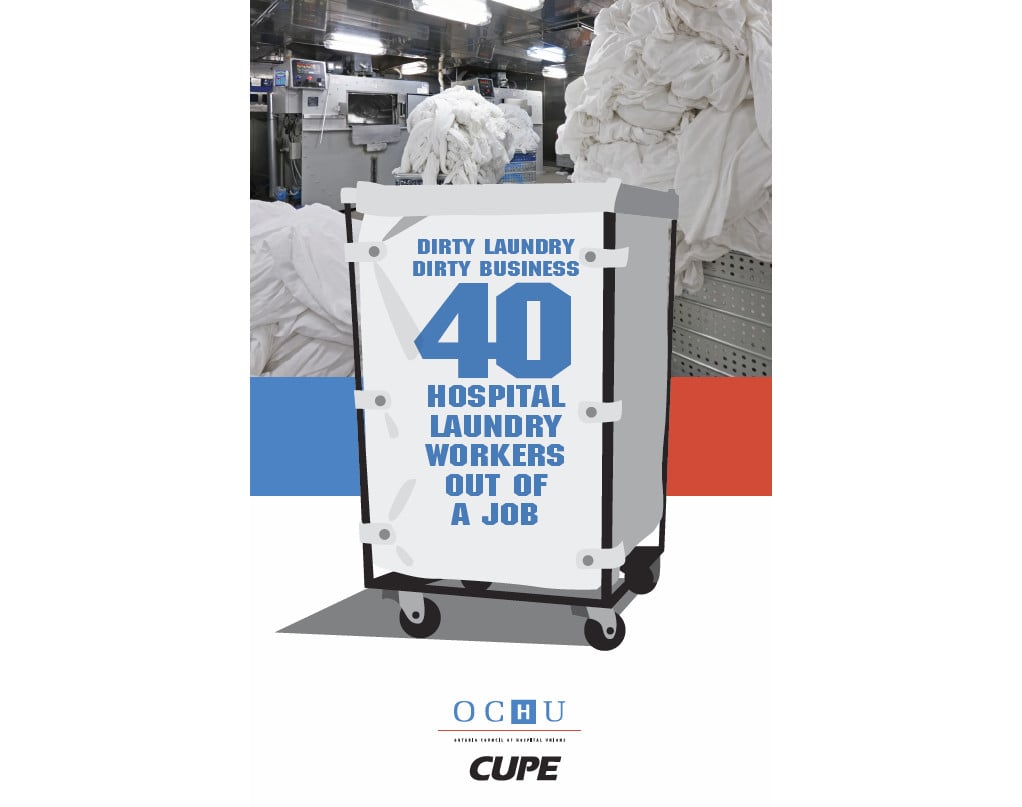 SUDBURY, ON — With Sudbury’s unemployment rate high, laid off hospital laundry workers are asking Sudbury MPP Glenn Thibeault “why his government is laying them off and moving their jobs to Hamilton” at a rally Wednesday November 2, 2016 at 4 p.m. at the MPP’s Sudbury office 555 Barry Downe Road.

40 Sudbury Hospital Services (SHS) laundry workers’ jobs are being eliminated because the government has told Health Sciences North, which owns SHS, to transfer the cleaning of dirty hospital linens to a laundry service in southern Ontario.

Gisele Dawson, a 21-year employee at the hospital laundry, was one of many of those whose jobs are being cut who met briefly with Thibeault earlier this month. She says, what’s happening at the Sudbury hospital laundry is the kind of consolidation of hospital services being promoted by Mr. Thibeault’s provincial government that isn’t good for local communities.

“I really thought he’d be on our side on this one. Be on the side of local families and the area economy and keep our jobs local. You’d think his choice would be a simple one. Side with us and our families and save our jobs. Don’t hang us out to dry sticking up for a provincial policy that’s killing jobs in our community. And one that’s not saving money and will hurt the environment,” says Dawson.

The closing of the Sudbury laundry should be stopped because it won’t save money and it will hurt the local community says, Ontario Council of Hospital Unions (OCHU)/CUPE president Michael Hurley, who is attending Wednesday’s rally. “We don’t believe that closing this laundry will save Health Sciences North any money. If the projected cost savings were real, the Sudbury laundry would have been allowed to compete in the bidding process. But they were not and the savings are not reality based.

“Closing the laundry will however certainly cost Sudbury about $6 million in lost spending. The laundry closure has been actively promoted by the provincial Liberal government. Mr. Thibeault is being asked to use his substantial influence to come to the aid of Sudbury.”

OCHU is the hospital division of the Canadian Union of Public Employees (CUPE) that represent 36 of the hospital laundry staff who received layoff notices and are slated to lose their jobs by the end of March 2017.