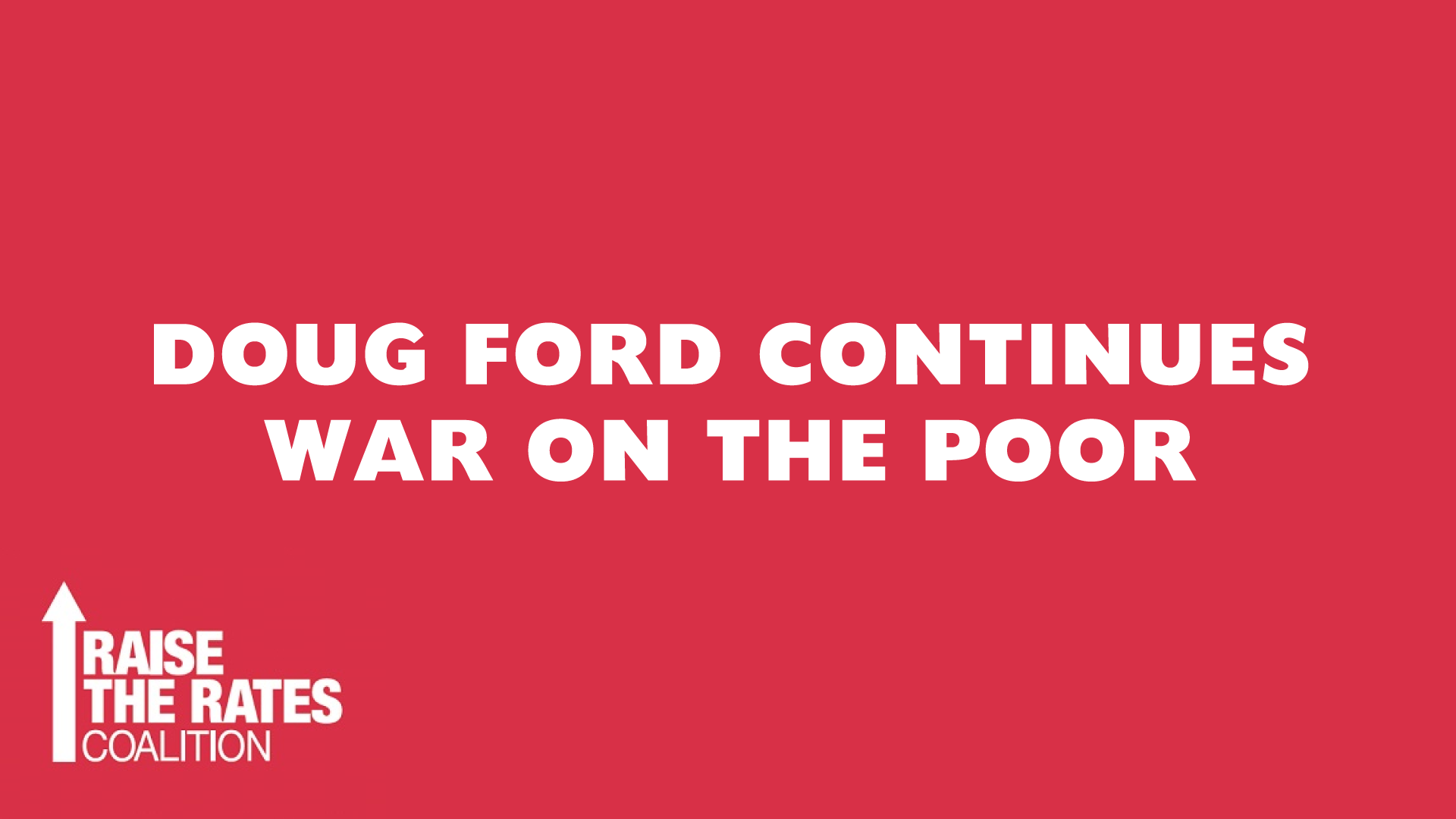 Despite a series of diversionary gimmicks and the standard ‘for the people’ rhetoric, the Doug Ford Tories have deepened their attacks with this Budget. Public services and the workers who deliver them will be targeted, hospital funding will increase below inflation and guarantee healthcare cuts.

The attack on the poor will be especially severe. Legal aid has been gutted and will no longer cover refugee and immigration programs.The Budget restates plans around ‘social assistance reform’ but now informs us that over $1 billion is to be cut from Ontario Works (OW) and the Ontario Disability Support Program (ODSP). It is suggested that savings will be obtained by ‘simplifying the rate structure, reducing administration, cutting unnecessary rules, and providing greater opportunities to achieve better employment outcomes for social assistance recipients’ but we already know that the Tories plan to adopt a more restrictive definition of disability to restrict access to ODSP. It must also be noted that, having cut last year’s modest 3% scheduled increase in half, this Budget makes no mention of any increase in sub poverty social assistance rates whatsoever. Since the rates can be altered between budgets, we must reckon with the possibility of actual benefit reductions in the months ahead.

Brutal cuts to the desperately inadequate social assistance system, combined with a complete failure to address Ontario’s housing crisis mean that Ford is ready to preside over a drastic increase in poverty in coming year. We are more determined than ever to build a movement that can resist and defeat Doug Ford’s war on the poor.