CUPE Ontario stands in solidarity with the Wet’suwet’en Nation 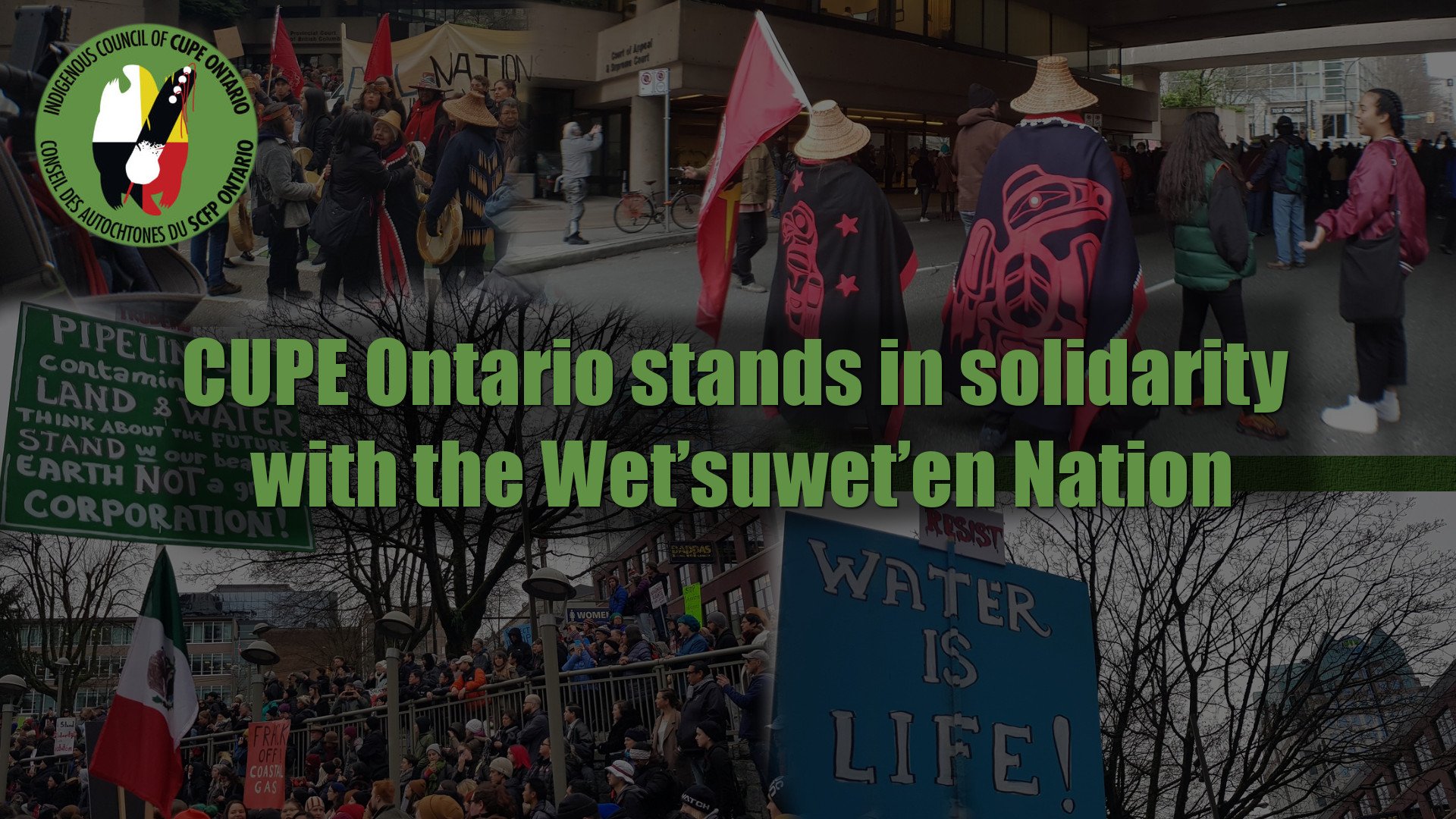 CUPE Ontario continues to extend its solidarity to the Wet’suwet’en Nation, echoing the message shared by others across the country and within this province that we must finally take reconciliation seriously. The Truth and Reconciliation Commission of Canada and the United Nations Declaration on the Rights of Indigenous Peoples, together, remind us that we must respect the Wet’suwet’en Hereditary Chiefs, who, having never ceded their lands, made their opposition to the pipeline clear.

The Supreme Court of Canada echoes this conclusion, noting that consent is imperative. CUPE Ontario agrees wholeheartedly and calls on the Government of British Columbia, the Federal Government, the Royal Canadian Mounted Police, and Coastal GasLink Pipeline to change course and engage in meaningful consultation.

“We want real and respectful dialogue, not armed police intervention,” says Fred Hahn, president of CUPE Ontario. “And as trade unionists who aren’t strangers to picket lines, we oppose exclusion zones that are preventing access to journalists and legal observers.”

While the epicenter of this struggle takes place in this country’s westernmost province, we are witnessing and partaking in solidarity actions across the nation. Here in Ontario, allies are blocking rail lines, raising funds, and organizing local events to raise awareness. Respecting Indigenous sovereignty and the fight for environmental justice is fundamental for all Canadians.

“We understand the importance of solidarity in the labour movement,” says Candace Rennick, Secretary-Treasurer of CUPE Ontario. “This means listening to the five clans of the Wet’suwet’en and raising our voices alongside the numberless people across the country who stand with them.”