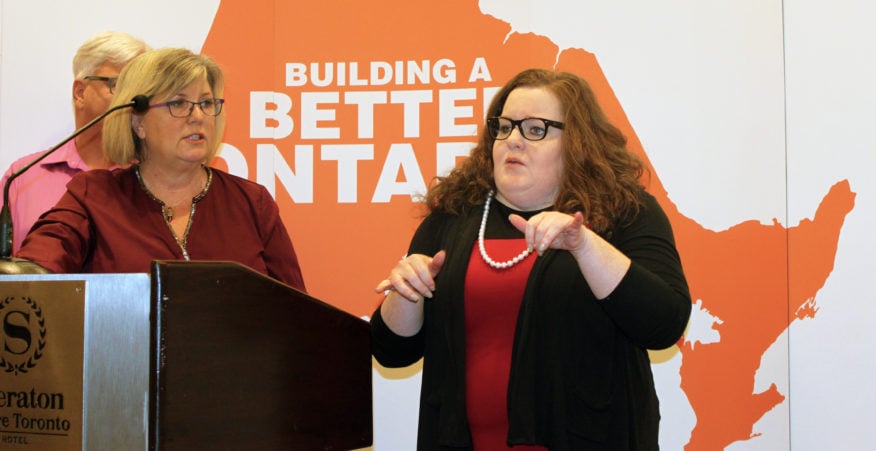 TORONTO, ONTARIO–(March 5, 2017) – After being presented with multiple options for negotiating a settlement that would address their stated concerns, the Canadian Hearing Society (CHS) has rejected all offers for settlement, leaving the union with no choice but to commence strike action on Monday morning.

“We are actually quite shocked,” said Barbara Wilker-Frey, CUPE National Representative, “we listened to the employer’s concerns and gave several options that worked for our members and which also addressed CHS’s concerns. Conversely the employer tabled a partially conceived proposal that strips the health and benefit plan and leaves significant questions unanswered on the eve of a strike deadline. At this point we question their motives and if there was any commitment at all to reach a settlement in the past three days of bargaining.”

The two sides had met over the weekend with a provincially appointed mediator, but were ultimately unable to reach an agreement.

“I don’t know what else we could have done,” said Wilker-Frey, “we tabled language that addressed the immediate issues, and tried to establish a process that would work on the long-term concerns. It’s an incredibly frustrating position to be in. They have opted for labour unrest instead of a settlement and now the more than 36,000 people who rely on the CHS in Ontario will go without vital services”

“The four years that are being discussed at the table are in the past, we are trying to put them behind us,” said President of CUPE 2073, Stacey Connor. “We wanted to wrap this up and set the stage so that we could negotiate the next contract to move forward. It is unfortunate that we find ourselves being forced out onto the picket line rather than working together on a settlement that moves us forward.”

Wilker-Frey sees these negotiations as indicative of how things have changed at CHS over the past few years. “Since around 2015 we’ve seen a distinct change in the way CHS is being run,” she noted, “the focus is less on service to the community and more on a business model. As the business side of the organization has become more profitable, we’ve seen executive salaries rise, but when our members try to negotiate a fair contract we are told that there is no money. This organization receives money from the province, from charity and from sales. Where is it all going?”

Picket lines will be established at CHS offices across the province beginning Monday morning. “Our members are prepared for this,” Connor said. “Many of us are Deaf, Oral Deaf, Deafened or Hard of Hearing, so we understand the impact that a strike will have, but there has been tremendous support from the community so far. Our members have been pushed to this position by an employer that is being unreasonable.”