At St. Patrick’s Day picket line rally, striking workers and supporters will “wear the green” to defend inclusion and fairness at CHS 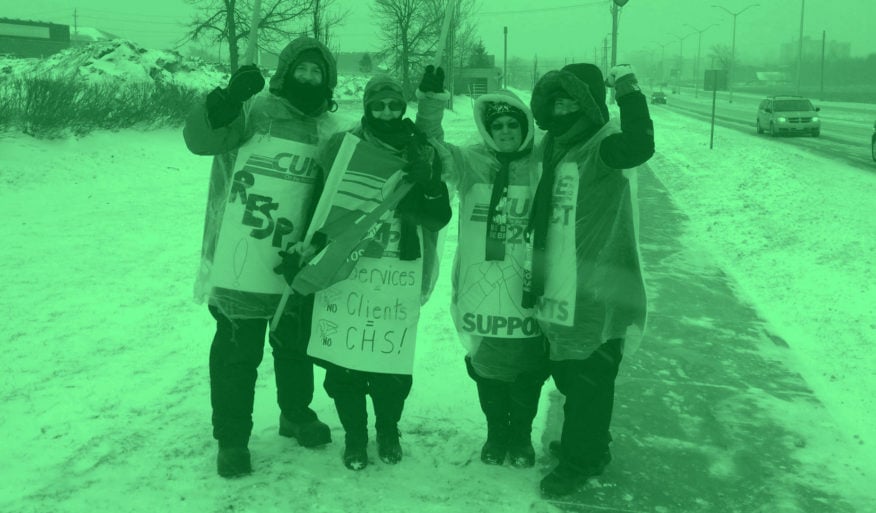 KINGSTON, ON – Workers on strike for a deal that ensures they can provide high-quality, reliable and accessible services for clients of the Canadian Hearing Society (CHS) will be joined on the picket line tomorrow (Friday) by colleagues from CHS Belleville, as well as community supporters and labour allies from Kingston.

They will be sporting the colour green in honour of St. Patrick’s Day and in support of a fair contract for CHS workers, who are on strike at 24 CHS offices across Ontario. The local CHS office is located inside Frontenac Mall.

After four years without a collective agreement, CHS workers are determined to preserve the things that allow them to perform their stressful and demanding jobs at levels that best serve the members of Kingston’s deaf, oral deaf, deafened and hard of hearing communities.

In particular, workers’ sick leave and health plan, negotiated over a period of 40 years, are under attack. CHS wants to gut the benefits that were originally intended to break barriers and help the predominantly female workforce cope with work that is mentally, emotionally and physically challenging.

Who:         Workers from the Canadian Hearing Society in Kingston, community supporters,

What:        Picket line rally for striking employees of the Canadian Hearing Society

Where:     Frontenac Mall, 1300 Bath Road, Kingston, near the intersection of Centennial