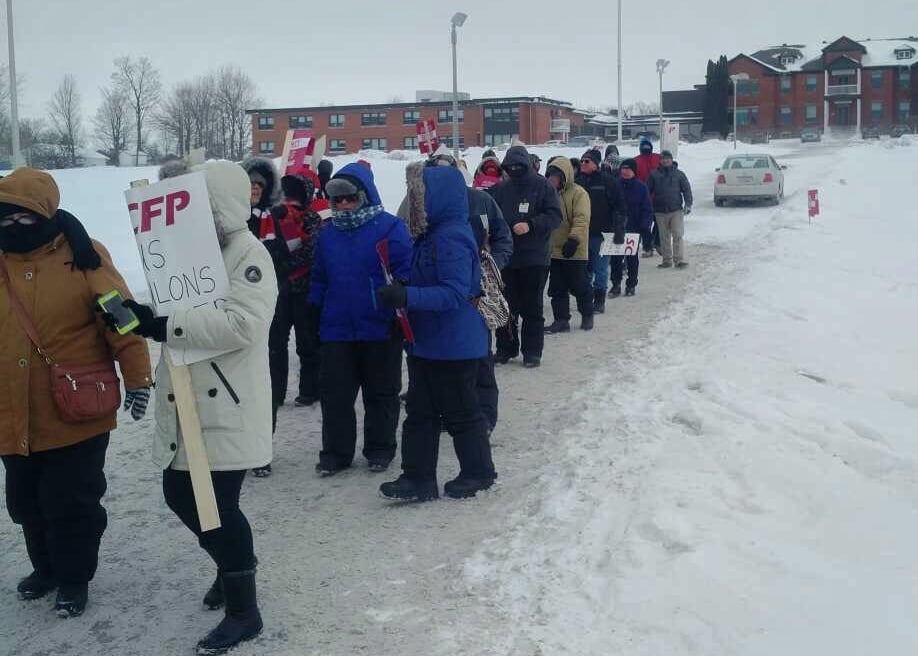 L’ORIGNAL, ON – On the second day of a strike involving 250 education workers with the Conseil scolaire de district catholique de l’Est ontarien (CSDCEO), the union representing them, CUPE Local 4155, is questioning the school board’s priorities.

“They had replacement workers hired on the first day of the strike,” said Raymond Giroux, President of Local 4155. “We see now why they refused to meet with us on Monday, the day before the strike began: they were more interested in hiring contractors to do our jobs, and in renting a bus to deliver their managers past the picket line.”

The union also raised safety issues with the replacement workers. “Who’s been hired?” asked Giroux. “Have they had criminal records checks, as all our members have? Do they have the appropriate licenses for water flushing in the schools, as we do? Are they safe? We urge the board to get back to the table with us and resolve this, rather than spending money on contractors. We’re here, and we’re ready to bargain.”

“We know that in addition to all the safety concerns, using temporary replacement workers is bad for communities – it creates divisions, and it prolongs strikes,” said Michel Revelin, CUPE National Representative. “I really urge this board to prioritize bargaining a fair deal with its own employees right now.”