“Do the right thing. Vote to keep Cassellholme public.” CUPE urges board ahead of today’s vote 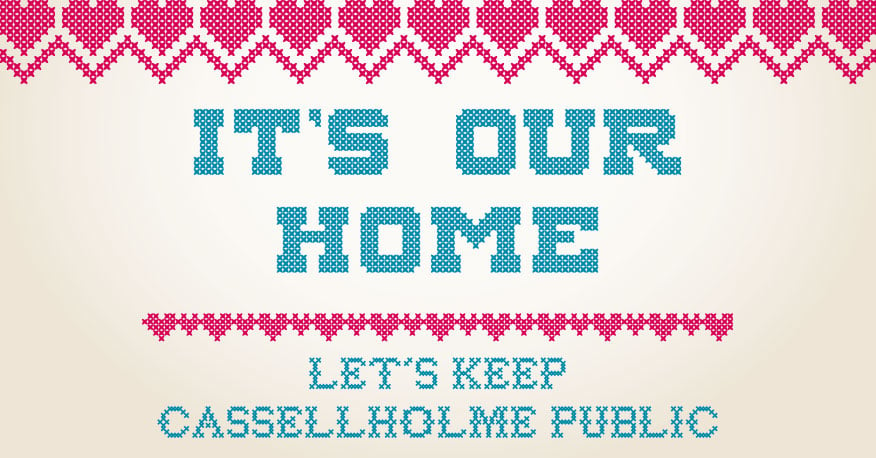 NORTH BAY, ON — With the vote later today on whether to continue to operate Cassellholme as a public long-term care home, board members are being urged to “do the right thing and vote to keep the home public under municipal control.”

The Cassellholme board are “locked in static thinking, premised on one option; changing to a private corporation and ditching municipal control. This is promoted by some with a specific agenda that is not in the best interest of vulnerable, older residents of the Nipissing community,” says Fred Hahn, Ontario president of the Canadian Union of Public Employees (CUPE Ontario). “We are encouraging mayors to dig deep in their conscience and untether from this wrong thinking to privatize. Look at the options that will benefit the community and tell your representative on the Cassellholme board to vote no today to the privatization of Cassellholme.”

Among those options are cooperative governance models where several municipalities operate Cassellholme under public delivery. These models, Hahn says should be discussed fully with the community in North Bay and broader Nipissing. “Many have asked for community consultations before any decisions were made. That hasn’t happened. For that reason alone the board should vote ‘no’ to a move to a private, independent Cassellholme corporation. At the very least they need to defer this vote until there are significant public consultations with the community and the affected residents’ families.”

A vote on the designation change is anticipated later this afternoon at an in camera session of the Cassellholme board.

Over the last six months, CUPE has consistently encouraged area mayors, councillors and the Cassellholme board to vote against privatizing the home. “We’ve presented solid evidence that shows resident care quality is higher in public long-term care. There is also every indicator that public delivery is also better for the health system overall,” says Hahn.

The research shows that municipally-operated homes do best on quality indicators and that there are significantly fewer resident hospitalizations.
“What respected researchers tell us is that by privatizing a public long-term care home, a municipality is likely transferring higher costs to the health systems, while at the same time reducing our shared and publicly held assets.”
For nearly a century families have relied on higher quality care provided by dedicated Cassellholme staff‎. There are councillors whose parents and family members have spent their final days at Cassellholme. Why would they vote so that the families of others will get less care? Asks Hahn.