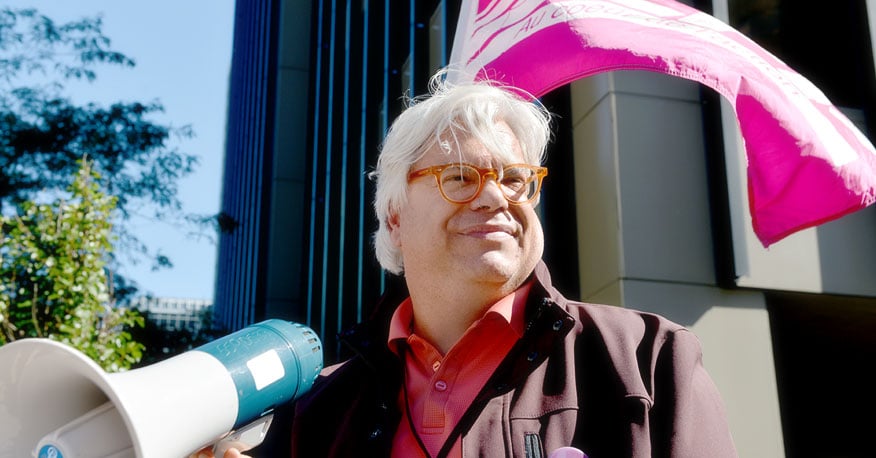 Today, CUPE Ontario’s Executive Board unanimously endorsed Fred Hahn to offer for the position of CUPE National President.  This follows yesterday’s surprising news that current President, Paul Moist, will not be running at the upcoming National Convention.

An activist since joining CUPE in 1991, Fred has a track record as a tireless, principled union leader at the local, provincial and national levels. Fred is known as a strong support for CUPE members and leaders, whether mobilizing at the local level, standing on picket lines, fighting for equality, campaigning to stop contracting out and privatization, or defending public services in the media.

“A change in National leadership is always a time for renewal in our union,” said Fred. “I am excited about the opportunity to put forward a vision for CUPE that builds power for our members, that sees our entire union working together.  A vision that grows CUPE and mobilizes our resources in the fight, not just to keep what we have, but to make gains for all working people — at work, for our services, and in our communities.”

Fred has been receiving calls of support from CUPE Locals and has also received the unanimous endorsement of the Executive Board of the Ontario Council of Hospital Unions, the CUPE bargaining Council for more than 30,000 hospital, long-term care, ambulance and central laundry workers.

“I’m moved by the support calls, texts, emails and Facebook messages I’ve already received from CUPE members in the last 24 hours.” said Hahn.  “In the days to come, I look forward to the chance to discuss my vision for CUPE National with members from coast, to coast, to coast.”