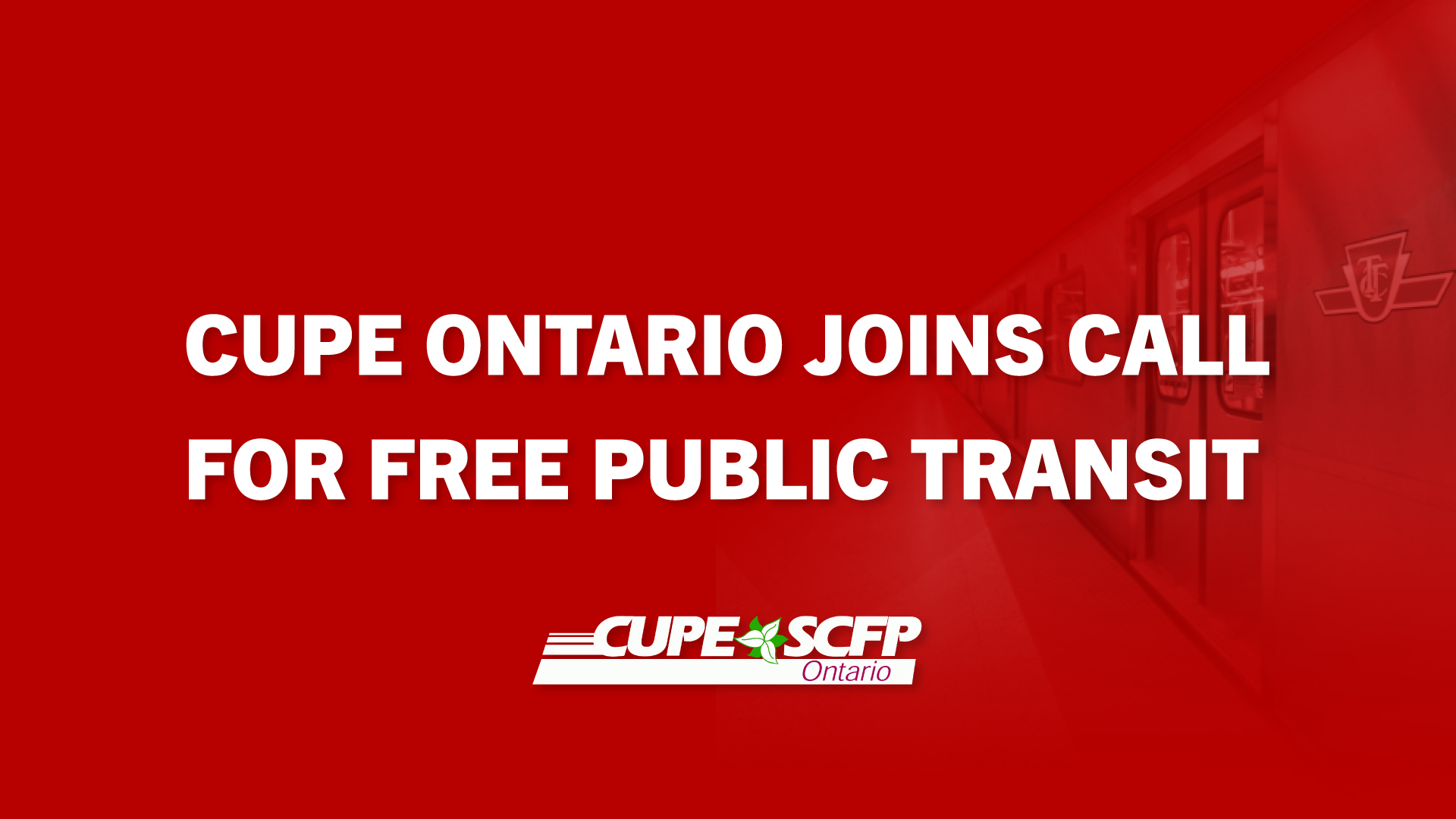 Free public transit should be available to the people of Toronto and for everyone no matter where they live in this province and in this country.

That’s why we’re proud to support CUPE Local 2’s call for public transit to be available to everyone free of cost. CUPE Local 2 members service, install, and maintain critical safety components throughout Toronto’s vast subway, streetcar and bus system—making them the vital link that keeps Toronto moving.  CUPE Ontario is proud of them and the work they do every day to provide the best and most effective transit system to the city of Toronto.

Free transit is a plan that will boost our economy, ease gridlock, help combat climate change, and benefit working families and students. Free, accessible public transit just makes sense, not only for transit users, but for society at large. This stands in stark contrast to the direction of the Ford Conservatives.  Uploading and privatizing our public transit system will further gouge transit users and hurt those who rely on the system every single day.

CUPE members are fighting alongside community members and coalition partners across the province to preserve and expand our public services. Our members are a vital part of the escalating actions necessary to build the resistance to the Ford Conservative’s cuts in our communities.  At a time when those in power would have us lower our expectations and focus only on defending what we have built, workers like those in CUPE Local 2 are presenting a vision of a better and more positive future.

CUPE Ontario will be there with our members in CUPE Local 2, and in every community across Ontario, in the fight to not only defend our public services, but to build a fairer and more just province for all.