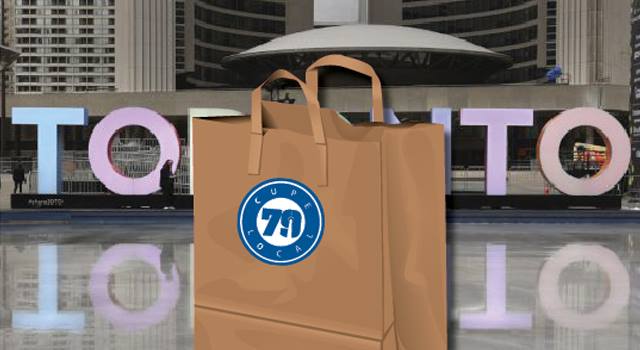 TORONTO, ON – Community allies and labour leaders will join members of Local 79 of the Canadian Union of Public Employees (CUPE 79) at Nathan Phillips Square for an informal ‘Brown Bag’ lunch.

The event will highlight the current efforts by CUPE 79 members to secure a fair contract with the City of Toronto. Local 79 has been without a contract since December 31 and, this week, began a work to rule campaign in an effort to move negotiations forward.

Confirmed speakers for event include:

WHY:         To highlight CUPE 79 members’ ongoing efforts to secure
a fair collective agreement with the City of Toronto