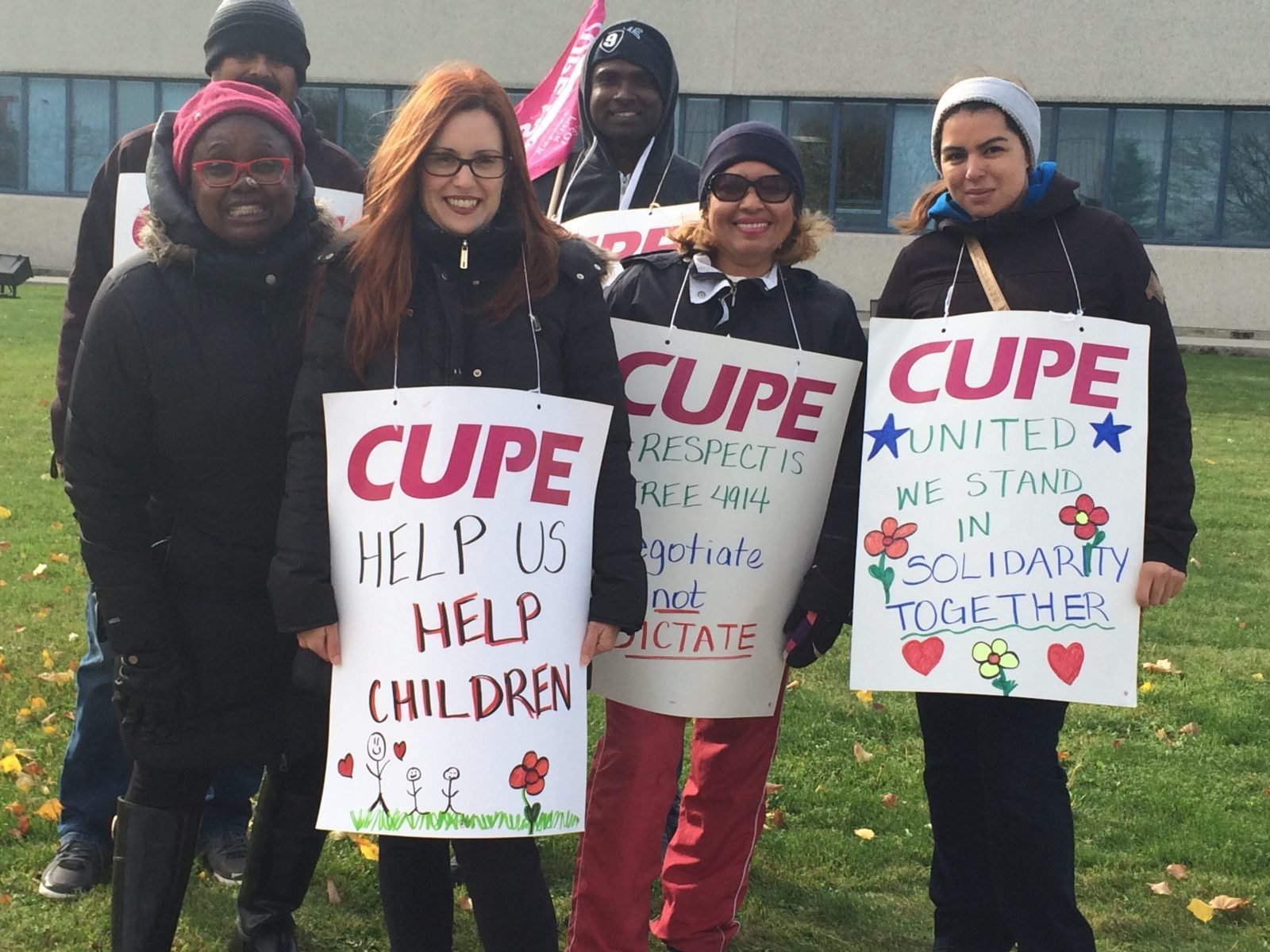 BRAMPTON, ON – Why does the Executive Director of Peel Children’s Aid seem to care so little about the safety of the workers and the children that they are meant to protect, asked CUPE Ontario President Fred Hahn, at a rally in Brampton this afternoon.

Peel Children’s Aid workers and members of CUPE 4914 have now been on strike for 45 days over unrealistic caseloads and worker’s safety with no sign that their employer is willing to deal with the seriousness of their concerns.

“These workers are the frontline in child protection. The work they do can make a significant difference in a child’s life,” said Hahn. “Overflowing caseloads mean workers are not able to provide the necessary level of attention to each case and that puts kids at risk. The Peel Children’s Aid Society needs to take this seriously. They need to come back to the table and hammer out a deal.”

Caseloads at the neighbouring Toronto Children’s Aid Society have been capped to address the risks that come from not being able to provide the level of attention required to each case. At this point the Executive Director in Peel refuses to consider even a more modest cap for the Region.

In the meantime, it is families who are suffering. Parents are not able to see their children through supervised visits. Schools do not have the support they require. Some children remain in care who might otherwise be able to return home but there is no one who can do the necessary assessment.

Many striking workers have received calls and text messages from clients, asking for help, noting that their calls to the Agency have gone unanswered or that they have been told that their concerns are not a priority.

“We want to get back to work – we’re worried about our kids but things have reached the breaking point and we can’t ignore it anymore,” said Sonia Yung, president of CUPE 4914. “If our employer doesn’t get serious about addressing the problems, it won’t just be our members who are suffering.”

“Working in child protection is tough work and can be dangerous. Workers are not usually meeting families under the best of circumstances,” said Carrie Lynn Poole-Cotnam, Chair of CUPE Ontario’s Social Service Sector. “Not only are they dealing with unmanageable case loads but workers are also assaulted and threatened on a daily basis. This has to be to be acknowledged and dealt with.”

“Worker safety cannot be separated from child safety,” said Candace Rennick, Secretary-Treasurer for CUPE Ontario. “Nobody goes on strike lightly. Giving up your income for more than a month only happens if the issues are serious. Given what these brave workers face on a daily basis it’s time for their employer to recognize this and take real steps to address the problems.”