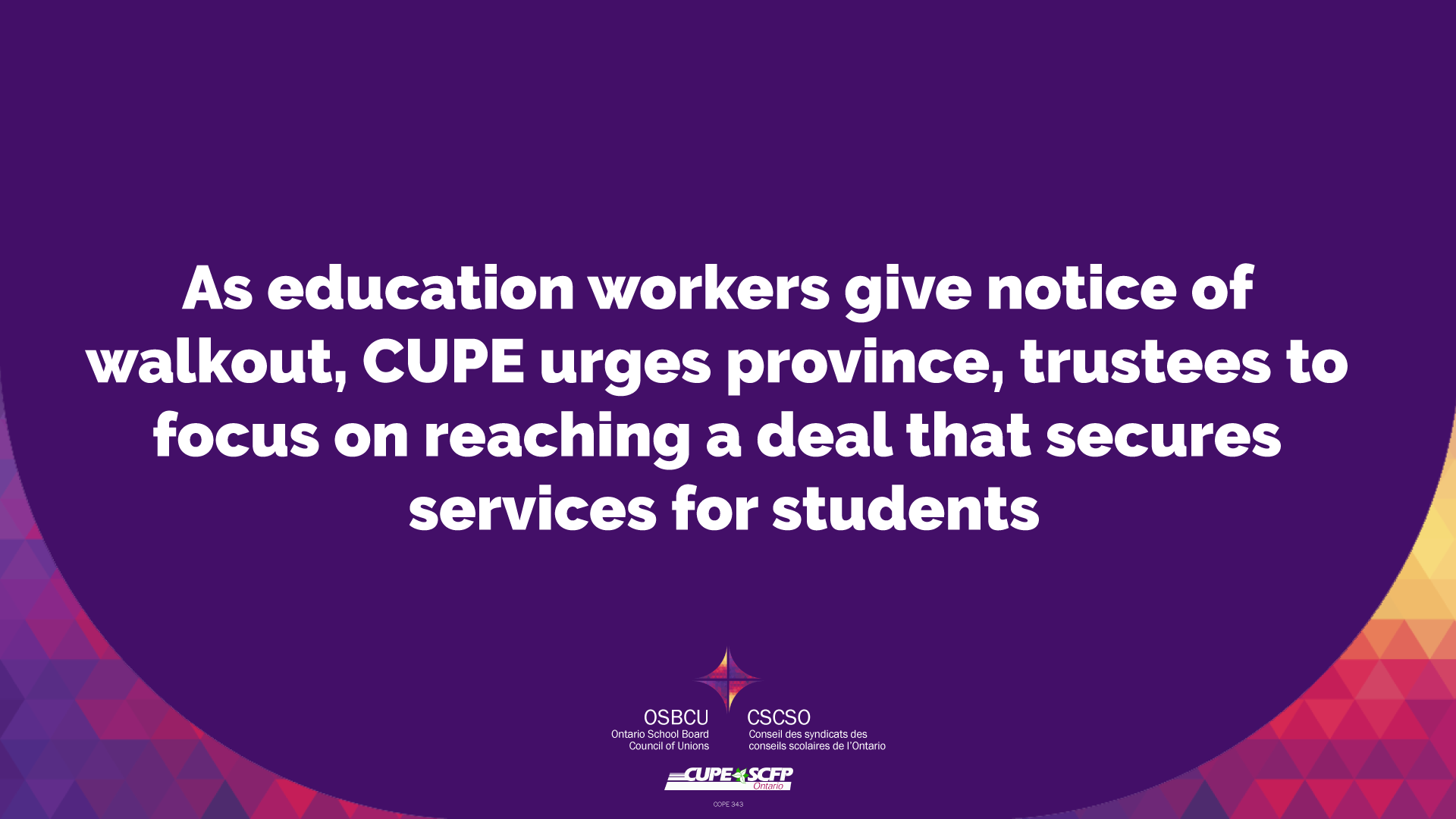 TORONTO, ON – In the face of mounting evidence that school boards are using education workers’ work-to-rule job action as an excuse to cut programs, services and staffing in Ontario schools, the union that represents these workers gave the required five days’ notice for escalating their job action to a full-fledged walkout that is scheduled to begin on Monday, October 7.

At the same time, the Canadian Union of Public Employees (CUPE) issued an earnest invitation to the province and the Council of Trustees’ Associations (CTA), urging them to bargain with the union around the clock beginning Friday, October 4, and work throughout the weekend in order to avoid the disruption that a full strike would bring to students, families and schools.

“I’ll be frank: we had hoped work-to-rule would force the parties to get together and agree to a deal. But that hasn’t happened, and now we’re hearing stories that cause us great concern,” said Laura Walton, president of CUPE’s Ontario School Board Council of Unions, which negotiates centrally on behalf of the union’s school board employees.

“Without any justification whatsoever, some school boards are closing programs and sending workers home. Some boards are paying parents to do the work of CUPE members. Some are asking older students to collect younger students from the school bus. Across the province, boards are cutting services and putting students at risk,” said Walton, as she explained why she and her fellow CUPE members felt they had no choice but to escalate job action.

Walton, along with CUPE School Board Coordinator Darcie McEathron and CUPE Ontario President Fred Hahn, announced the union’s decision in a media conference at Queen’s Park this morning.

She emphasized that she was inviting the CTA and the Ministry back to the table for “some hard, joint work” and assured members of the public, “if there is a deal to be had, CUPE will find it.”

She also noted that today’s notice is yet more proof that CUPE remains committed to reaching a freely negotiated collective agreement that provides security of services for students and a fair deal for members.