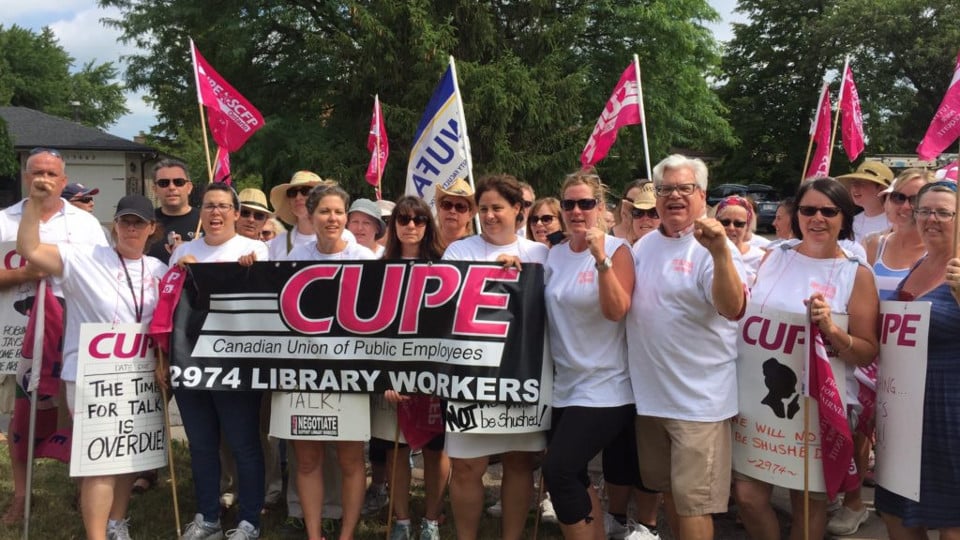 ESSEX, ON – In an interest arbitration decision released last week, provincial arbitrator James Hayes denied a County of Essex’s contract proposal to change the sick time and short term disability plan for 300 paramedics, represented by CUPE Local 2974.2, says the Canadian Union of Public Employees (CUPE).  The sick time change rejected by the third party arbitrator is the same plan being proposed by the Essex County Library Board that pushed the library workers, also CUPE 2974 members, on the picket line in a strike now entering its second month.

“Essex County has been trying to force their now rejected sick time plan on all our members,” said Ian Nash, president of CUPE 2974. “As a result of their blind desire to seek an unnecessary sick time change, the county pushed library workers out on strike and deprived residents of important library services during the busy summer months.”

“We were prepared to bargain and find creative ways to reach a deal and avoid a strike, but the library board wanted it their way or no way – now their way has been rejected by the arbitrator,” said Lori Wightman, unit chair for CUPE 2974.1. “We are asking the library board to return to the bargaining table to negotiate independently, especially now that the county’s sick time position has been denied by a neutral third party.”

The County of Essex is the main funder of the Essex County Library, the employer of the striking library workers. “We’ve been saying all along that sick time is not an issue at the libraries and we did not understand why management was adamant in seeking this unnecessary change,” continued Wightman. “Now that the arbitrator has ruled against the proposed sick time change, it is becoming obvious that the county’s real motivation all along was to get the sick time change at all costs to bolster their case in arbitration for another group entirely.”

The library board initiated the countdown to the strike deadline by first calling for conciliation prematurely, and then triggered the ‘no-board’ report on the first day of conciliation talks, which eventually led to the start of the library strike on June 25. The arbitration case between the County of Essex and CUPE 2974.2 (representing the paramedics) was held on July 7.

“What is really troubling is that the county was willing to deprive our community of library services to get the sick time changed for other workplaces,” said Nash. “The arbitrator’s award speaks for itself – their proposal was denied. We are urging the library board and the county to stop playing games and resume bargaining to end this strike so libraries can be opened again for our community.”