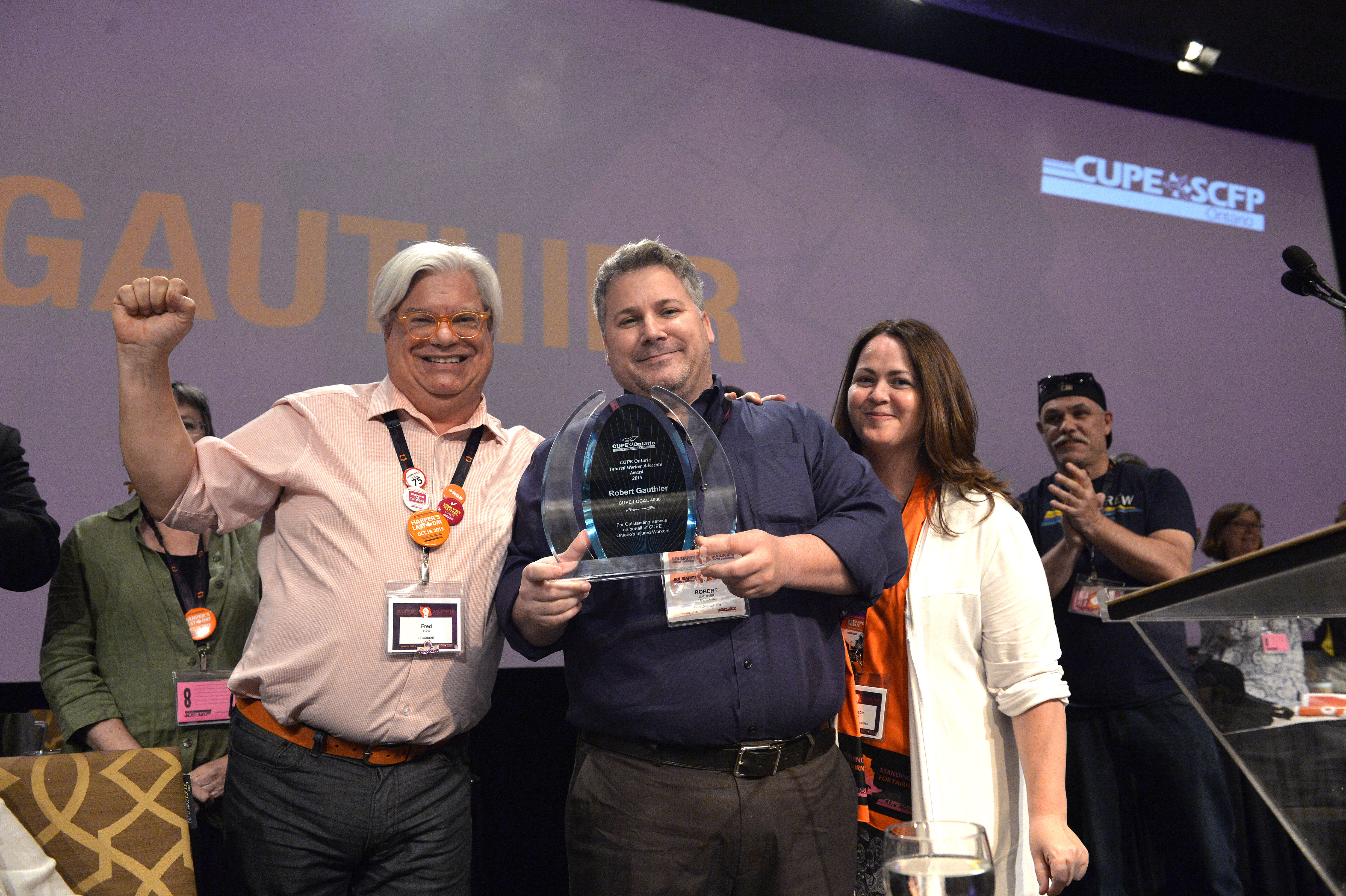 Robert Gauthier, winner of CUPE Ontario’s Injured Worker Advocate Award, is VP of CUPE Local 4000 and chairs the local’s WSIB/Return-to-Work committee. According to his executive, he is a formidable force on behalf of injured workers.

“He knows his stuff extremely well, he works incredibly hard and he always manages to get the best terms and protections for members,” said Rob Driskell, President of CUPE 4000.

Brother Gauthier’s case notes are so comprehensive and well-written that the local uses them for steward training.

“I don’t know how our local would function without him,” concluded Brother Driskell.